In my DISTRACT series, I will introduce to you beautiful and exciting places to visit – often within my current state of residence Germany, but also throughout Europe and around the globe. You get those in the format of an actual travel plan that works for the time frame I’m describing – with a personal touch and insider tips. Take it from me as I travel frequently and know the dos and don’ts.

The city of Frankfurt by the Main river in Germany is known for its “Mainhattan” skyscrapers and bank headquarters, especially the European Central Bank. Ancient and modern architecture blend together in the streets, much due to the fact that the city was heavily bombed in World War II. What we see today is an intriguing mix of present, past and future going hand in hand.

Getting to Frankfurt is rather easy, when you consider it that FRAPORT is one of the highest frequented airports in the world. Within Germany, you can obviously take the train or use the famously fast Autobahn network.

Your best option for getting an initial overview of the city will be this Hop-on Hop-off bus tour from GetYourGuide*. Now check out my suggestion for a day trip to Frankfurt:

Start your visit in the center of the old town, where you have the “Römer” city hall of Frankfurt. Right next to the market square, you will find the church where the first German parliament was held.

In the old town you can also find the Frankfurt Cathedral. While not one of the most exuberant in Germany, it is worth a visit as you can see famous paintings by van Dyck. And above all it’s free.

And while you’re there, definitely check out the MyZeil shopping mall. It stands out for its avant-garde architecture. Don’t miss that little stop!

4) Go to the Main Tower Observatory

Atop the big blue mirrored tower, you find the best observation platform in the city. For only 8 Euros, it’s really worth it.

5) Stroll through the financial center

Observe the towers that rise into the sky, and don’t miss the European Central Bank with its famous € sculpture.

The building is not what it used to be, at least internally after being bombed during World War II. But luckily for us, the exterior has been carefully restored. A classic Baroque building between the highrisers.

7) City views from the Main river

Escape the noise of downtown and enjoy the city from the banks of the Main river. The lower river has some of the best places to photograph the city skyline, for example the Flößerbrücke. Get the best shots on a boat tour, which you can book here on GetYourGuide*.

8) End your day with a cocktail

And to end your day trip, here is the suggestion of the Citybeach Bar. The roof top bar – complete with real white sand, deck chairs and swimming pools – is the best way take a relaxing sip of your favorite drink while enjoying the sunset view.

Start your trip to Frankfurt!

If you’re like me, then you definitely want to see Frankfurt, too. Start your trip by booking this Hop-on Hop-off bus tour on GetYourGuide*. 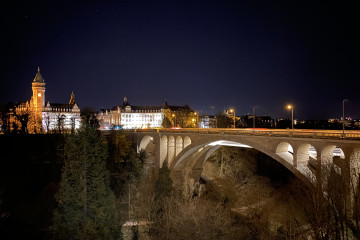 I get it. You may think it’s offensive to talk about how to escape the lockdown. Still, if you’re in Germany or France and tired of your local anti-COVID measures, you may think of visiting Read more… 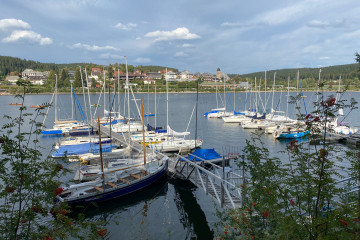 DIS TRACT: The Black Forest Promised to tell you more about what do to around Freiburg. So let’s hit the road together and check out top things to do in the Black Forest. To make Read more… 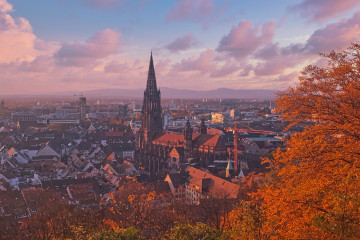 For this travel tips post I‘m taking you to Freiburg im Breisgau in Germany. This city is very dear and personal to me, as it has been my home town for 7 years, right after Read more…

We use cookies on our website to give you the most relevant experience by remembering your preferences and repeat visits. By clicking “ACCEPT”, you consent to the use of ALL the cookies.
ACCEPTSettingsCookie policy
Manage consent

Any cookies that may not be particularly necessary for the website to function and is used specifically to collect user personal data via analytics, ads, other embedded contents are termed as non-necessary cookies. It is mandatory to procure user consent prior to running these cookies on your website.

Analytical cookies are used to understand how visitors interact with the website. These cookies help provide information on metrics the number of visitors, bounce rate, traffic source, etc.

Performance cookies are used to understand and analyze the key performance indexes of the website which helps in delivering a better user experience for the visitors.

These cookies are used to deliver adverts to you which are more relevant to you and your interests. They are also used to limit the number of times you see an advertisement as well as measuring the effectiveness of the advertising.